According to the 1870 census, the population in Lower Lake was 1,000 residents. That year the citizens petitioned the Board of Supervisors to form a school district, which was approved.

In 1876, Leslie Phineas Nichols was employed as architect-builder and construction began. Material for the bricks came from the Nicolai Quarry half a mile east of town and a kiln, run by Eli Johnson, was used for firing. The foundation was dug down to solid sandstone and the bricks were used for the walls to the top of the first story. The second story was constructed of pine, and Douglas fir and oak from Cobb Mountain.

The building, which served as a schoolhouse until 1935, had two rooms running north and south, each measuring 1,000 square feet with one room across the front measuring 960 square feet. During the time that classes were held there, no electricity was available, nor was there running water or indoor toilet facilities. Each day the teachers filled jugs of water and placed them at the two entry doors, along with a cup and a small basin. Two outhouses and a wood shed were in the back and the playground area and baseball field were located on the west side of the building.

Each room had its own wood stove and wood box. There are still marks on the wainscoting where the wood was thrown against the wall and into the wood box. The ceilings in each room are 16 feet high and in the winter the heat rose and the teacher and students' feet "froze," but in the spring and fall the high ceiling was an advantage. The 9-foot windows supplied ample light during the day and oil lamps provided light on dark days and at times when evening events were held in the upstairs auditorium. The auditorium served as a community center and events such as meetings, funerals, plays, traveling shows, and graduations were held. With the advent of motion pictures, silent films were shown.

The earthquake of April 18, 1906, evidently did some damage to the schoolhouse bell tower. On August 14, 1906, a "Notice of Sale of Lower Lake Schoolhouse Bonds for the amount of $3000" was published in the Kelseyville Sun, the denomination of each being $300 in cash. With the bonds sold, the bell tower was removed and the roof changed from the straight French roof to the curved Mansard roof in 1907. The outside of the building was covered with a thick layer of stucco.

The building was sold to the Masonic Lodge after 1935 and was remodeled at that time, including the installation of electricity, plumbing and water. Sometime during the 1960s, the Masons traded the schoolhouse property for a parcel of County property on Highway 53. The county then leased the building to the Grange for a number of years. During that time, there was little maintenance done on the building. Many generations of pigeons and bats found cozy homes in the auditorium, the attic, between the floor joists, under the stage area, and any other place in which they could squeeze.

In 1986, the Lower Lake School Preservation Committee was formed for the purpose of preserving and restoring this beautiful building. The building had not been maintained for over fifteen years, and was even slated for demolition until County employee Kelly Cox intervened. Preservation work began on January 2, 1992. Over 350 pigeons were removed as the first order of business.

A formal dedication of the first floor of the Historical Schoolhouse Museum was held on October 21, 1993, just a year after starting on the work inside. It was opened to visitors the following day. The restoration did not stop there. The upper floor then became the focus of the restoration crew. Before work could begin, an outside stairway was needed. It was fabricated in Lower Lake at the Clearlake Machine Shop and installed in January, 1994. Insulation and sheetrock had to be installed to the walls, and to retain the original look of the auditorium, the Konocti Conservation Crew removed the tongue and groove siding, numbering each piece as it came down. It was then replaced in the same order after the sheetrock was installed.

The plan included providing the town with a beautiful community room complete with a stage. The stage was completely rebuilt with the area of the former bell tower becoming a dressing room. With the installation of new electric wiring, two coats of paint on the walls and ceiling, and beautiful carpeting, the second floor was ready for use.

The dream that was dreamt in 1986 had become a reality - to restore the building for the use and benefit of the citizens of Lake County and to preserve a part of the past.

Since 1993, a number of improvements have been added, including a two-story side building (storage room downstairs and restrooms for the auditorium upstairs), and an elevator. In November 2006 restoration of the bell tower began and was completed in the summer of 2007. Also, the landscaping has improved with a new lawn and ever-growing garden area on the west side of the property.

During all this time, the museum's collection of artifacts has grown. The museum now has an impressive collection of pioneer and Native American artifacts, a restored schoolroom and a Victorian parlor, complete with working player piano. The Weaver Auditorium upstairs (named after Jane and John Weaver of the Preservation Committee) serves as a venue for art shows, concerts, plays and meetings. 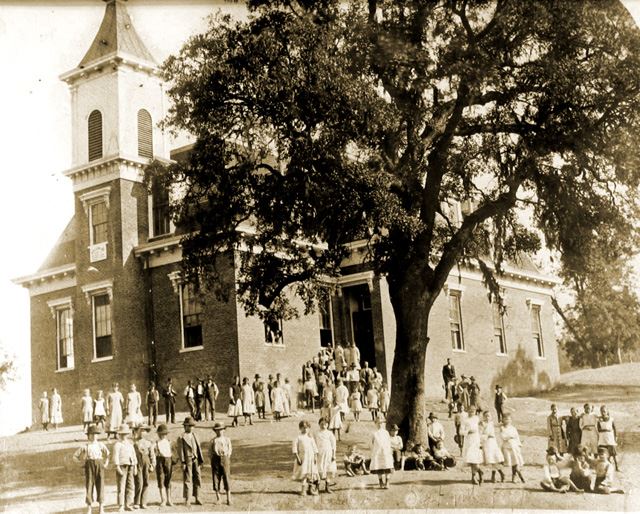 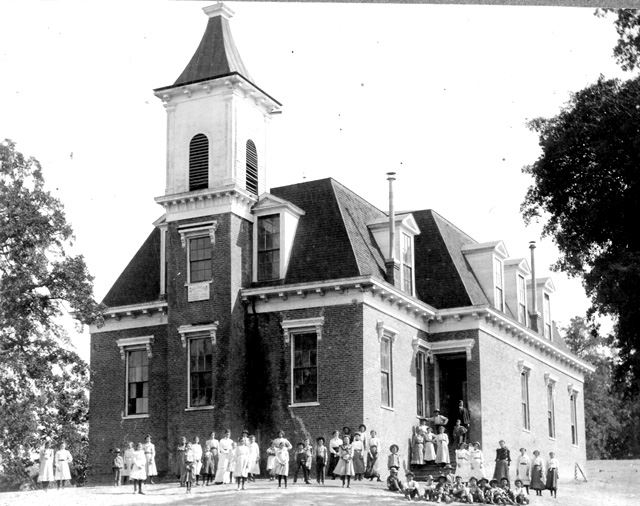 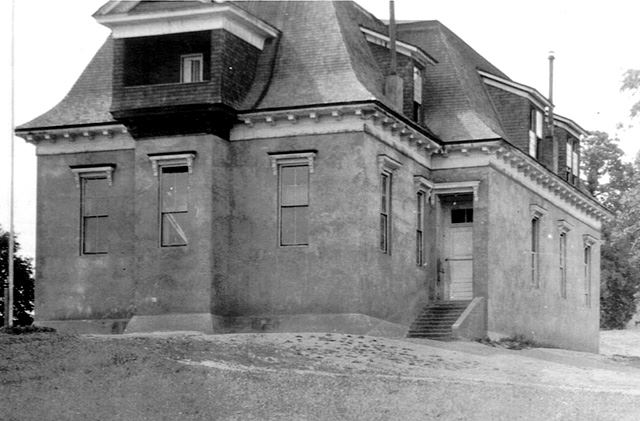 The Schoolhouse in 1907, after repairs from the earthquake. 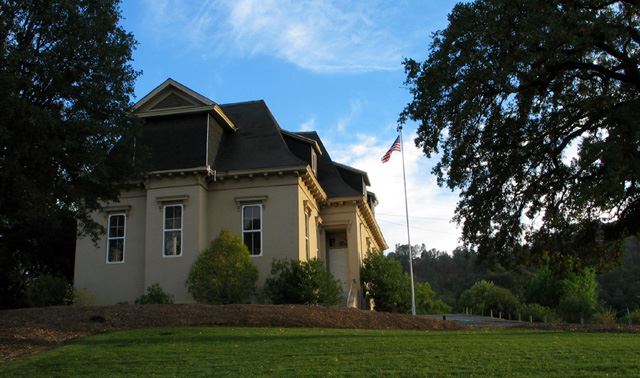 The Schoolhouse Museum in 2006. 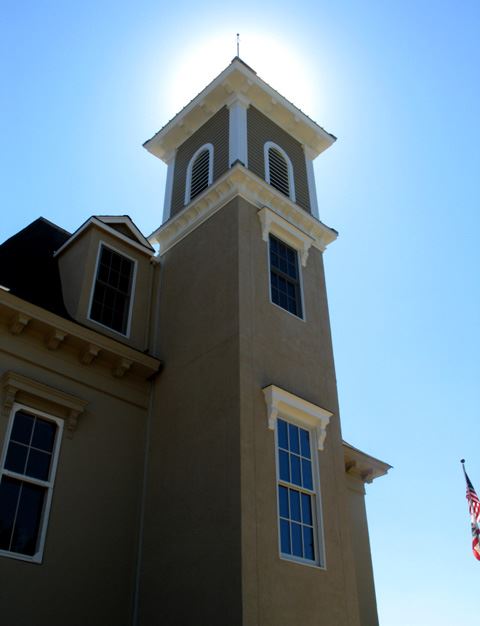